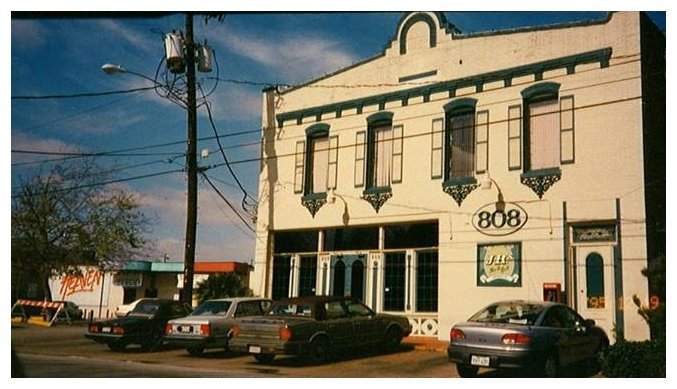 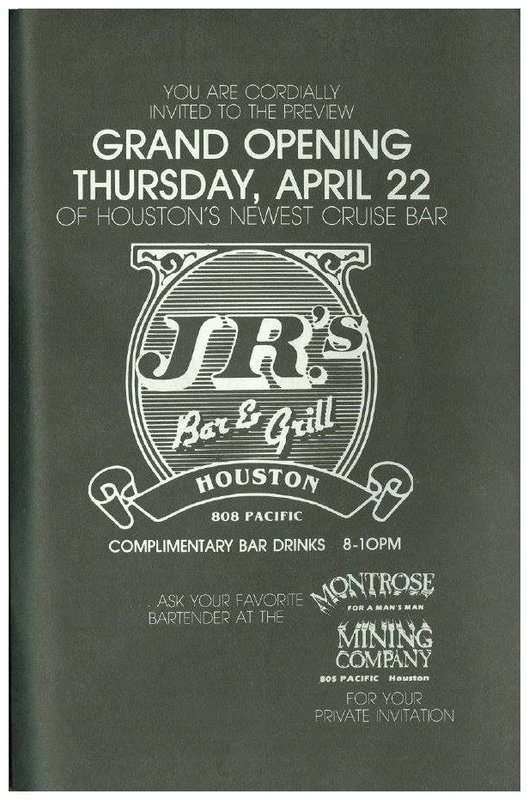 JR’s Bar and Grill is a gay watering hole located in Montrose. Opened in 1986 and owned by Charles Armstrong, it is the oldest bar in Houston that is still operating. The building was originally a train depot, a grocery store, and then an emporium before it became a bar for the Houston LGBT community. Although JR's did not start out as a drag bar, after Mary's and Brazos River Bottom (BRB) closed the drag performers lost their stage space. Now, however, places like JR's have opened their doors to the performers and allowed them to take their stage, supporting the community in the process.

JR's is popular for amateur strip contests, karaoke, and drag shows. This techno bar is not as elegant as the others, but it attracts a more laid- back crowd with Southwestern-style decor and a nice patio. On Tuesdays, they host Charlie’s Angels Drag RuVue, a popular drag show.