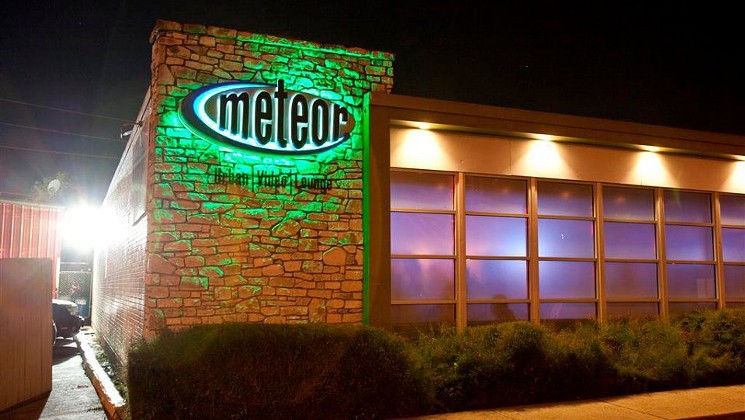 Front shot of Meteor Lounge, as taken by Houston Press 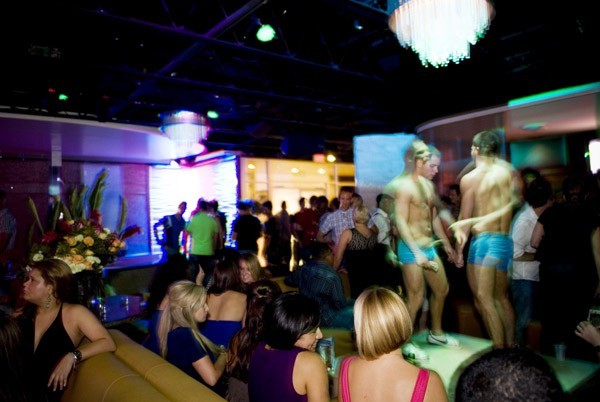 Still shot from the interior of Meteor Lounge, taken by the Houston Press

Meteor Lounge was a bar located in Montrose that hosted popular drag nights with a multitude of go-go dancers. The bar was originally opened by people who wanted an alternative to Charles Armstrong's bars, but it was later purchased by Charles Armstrong.

The bar featured a working shower onstage for "Meteor Boys", or male performers clad in nothing but short shorts, to dance in and entertain the patrons, who were often lounging on the leather couches around the stage. Every Thursday they hosted an amateur drag show named “So You Think You Can Drag!”, a competition hosted by the Mother of the House, a living legend, Miss Kofi Cakes. In late 2015, it was announced that the real estate that the bar was located on was sold to a developer. After renting the space out for about a year to give the community time to say goodbye, Meteor closed July 6, 2016 after 15 years of operation. [4]

Kofi Cakes performed at Meteor Lounge on June 16, 2016 for So You Think You Can Drag, Houston!, one of the bar's last events before its closing.