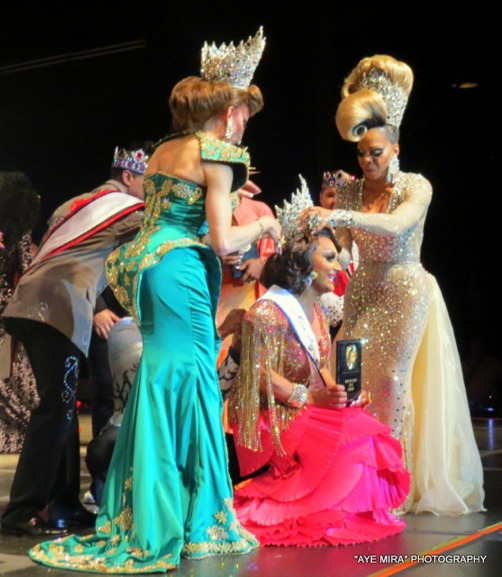 Miss Gay of USofA was first held in 1986 with the coronation of Michael Andrews. Since then, many of the most well known entertainers have sought and won the prestigious title of Miss Gay USofA. Miss Gay USofA is open to all biological men who are 21 years of age by the time of the National Pageant and can provide state issued identification. The National Pageant is generally held in Dallas, Texas the week before Memorial Day in May of each year.

The current Miss Gay USofA, Aurora Sexton, was crowned in May 2016. This pageant took place in Dallas, Texas at the Southside Ballroom. When it was first held, the pageant was held in Houston, Texas. Now it has relocated to Dallas, Texas.