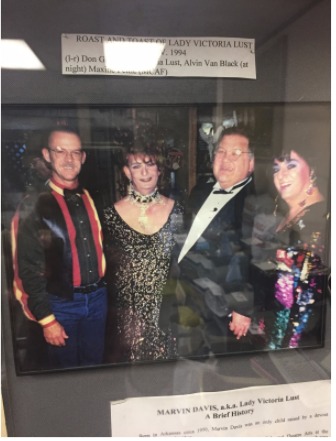 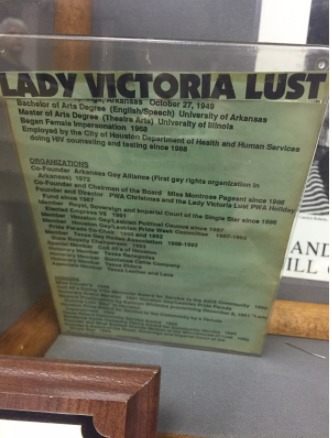 Some of the charities were very expansive. The LVL PWA Campsite, held once during September and again around Mother’s Day each year, was started after Marvin visited the Texas Council of Clubs (TCC) Landsite in 1993. Marvin was so moved by his experience that he was inspired to give the “wilderness” experience to less well-off people. The first one was held in 1995. Marvin died shortly after the third camp took place. However, this event is still held. Visitors can be sponsored and have everything done for them while there; medical professionals are brought in, a makeshift kitchen is available, and lunch is served on Saturdays.

Some of the charities started very, very small. The PWA Holiday Charity, which is still active today, started when, in late 1987, Marvin chose to put together the “PWA Christmas Benefit.” The idea was to put on a drag show to raise money, all of which would then be given cash-in-hand to PWA’s to spend however they wished. The show raised $400.00, and eighty PWA’s received a card in the mail with a five-dollar-bill inside. After a huge positive reaction from the community, Marvin decided to continue the show.

Eventually, after multiple successes, Marvin worked with the Colt 45’s (another group that focused on PWA support work) to create a sub-group within the Colt 45’s group with 501(c)(3) status, dubbed “The PWA Holiday Fund.” After 1996, the board of the group succeeded in achieving their own 501(c)(3) status. Unfortunately, Marvin died of cardiac arrest before he was able to see this status approved.

(All images on this page document the Lady Victoria Lust display case at the Gulf Coast Archive and Museum of GLBT History, Inc.) 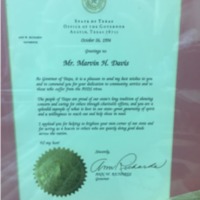 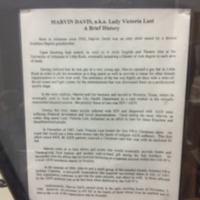 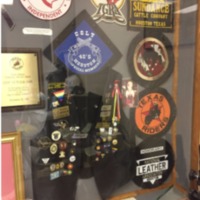 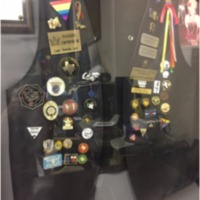 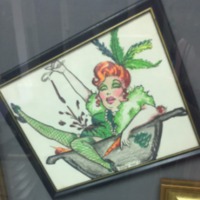 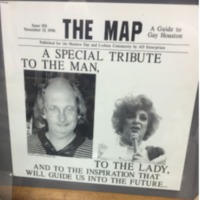