Concurrent to his ventures into real estate, Jones began his banking career by investing in local banks and becoming chairman of the National Bank of Commerce, known today as the Chase Bank of Texas. However, Jones and his fellow business leaders realized that without access to the sea, Houston's growth would be limited. City leaders went to Washington and convinced Congress to pay half the cost of building the Houston Ship Channel, enlarging Buffalo Bayou to be accessible to larger vessels. Jones personally rallied his friends for funding and gathered the other half himself. 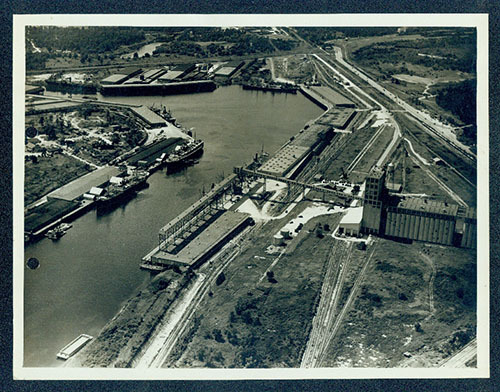 The Houston Ship Channel revolutionized the city almost overnight, providing new access to the port of Houston and significantly impacting commerce in the region. The ship channel provided new job opportunities and improved the economy of the largely industrial South, officially putting Houston on the map. His efforts to transform Houston garnered Jones national attention, as President Franklin Roosevelt would persuade him to use his talents at the national level.

Ships at anchor in the Houston Ship Channel