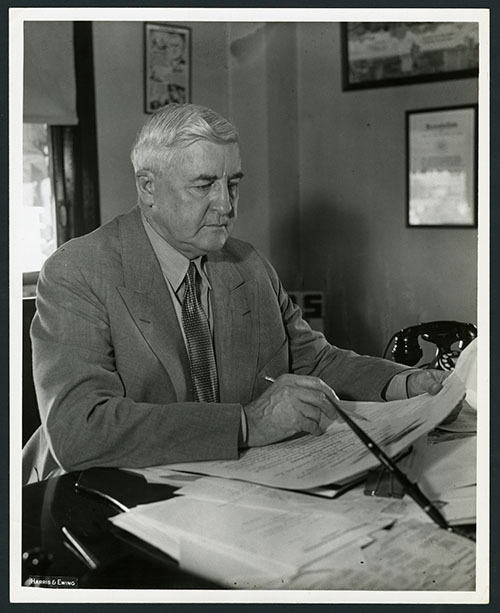 Jesse Holman Jones was a prominent figure in the early 20th century, with his name on seemingly every corner of American life. Though born on a tobacco farm in Robertson County, Tennessee, Jones moved at a young age to Texas, where he would hone his business acumen and build his entrepreneurial reputation. He made his first mark on the local Houston community, where he earned acclaim as a publisher, hotelier, banker, philanthropist, and dependable leader. Jones’ prowess would help transform Houston from a small town on the Gulf into a major commercial and transportation hub for the entire American South.

Jones, always willing to lend a hand, also utilized his many talents to serve the nation as a whole, working with the American Red Cross during WWI and playing an unprecedented role in the nation’s fiscal affairs as head of the Reconstruction Finance Corporation and Secretary of Commerce. In these governmental positions, he was uniquely responsible for bailing out banks and American businesses during the Great Depression, helping to rebuild and mobilize the nation for WWII. 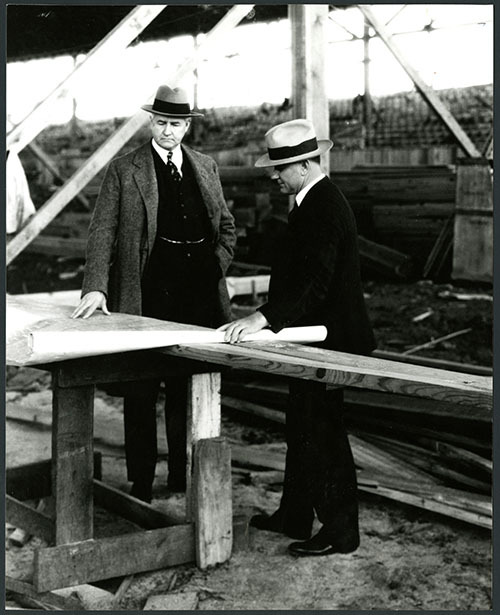 Regarded as the most powerful person in the nation during this era, second only to President Roosevelt, Jesse H. Jones cemented his reputation as an innovative leader, using his talents for the advancement of the American people. As head of the Reconstruction Finance Committee he had direct control over $50 billion in discretionary funds, earning his reputation in Washington as the “fourth branch of government.”

Jones used his business acumen, popularity, and genuine compassion as a force for good, transforming Houston into a global city and keeping the nation afloat in the face of financial crisis and war. After his tenure in Washington, Jones returned to Houston to give back to his community, establishing the Houston Endowment with his wife, Mary Gibbs Jones. He was an active force in the Houston community until his death on June 1, 1956, at the age of 82.