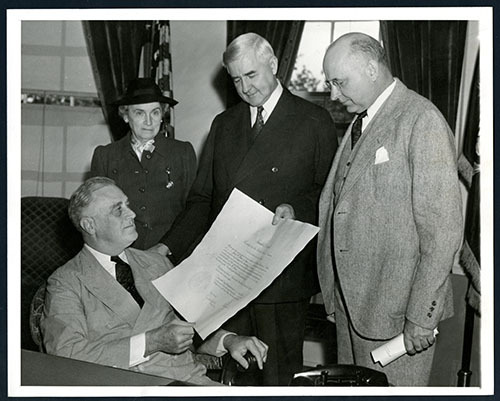 Jesse Jones swearing in as Secretary of Commerce 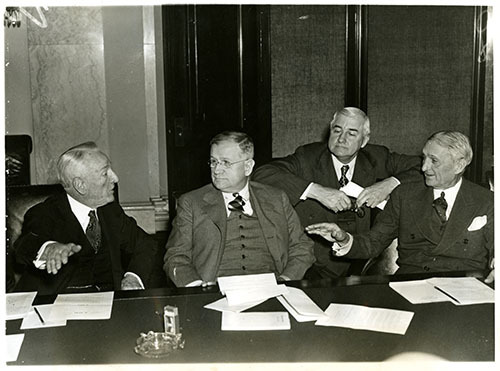 In the summer of 1940, Jones joined the cabinet as Secretary of Commerce. Unwilling to give up his post as Federal Loan Administrator, Congress passed special legislation authorizing Jones to retain two federal posts at once. After a request from Roosevelt to relinquish the post, Jesse Jones resigned as Secretary of Commerce on January 21, 1945. 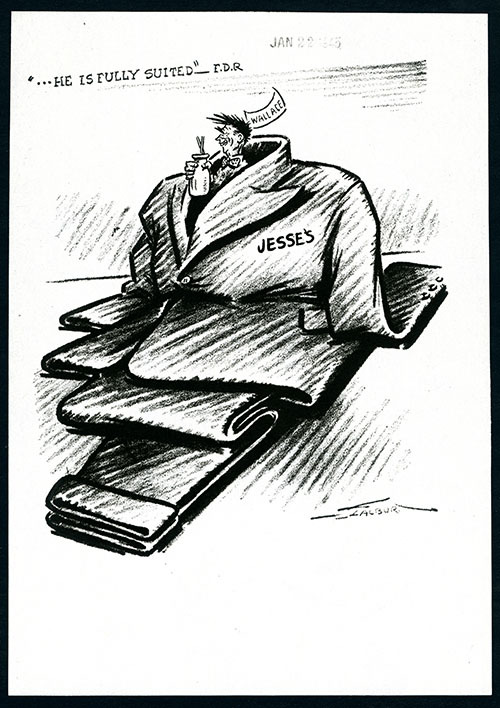 His resignation sparked an outcry from business leaders and politicians across the United States, particularly in the South. Jones wrote a particularly poignant letter to FDR in response, questioning the credentials of his successor and chastising what he viewed as an “irresponsible decision,” but willingly stepped down from the position.

Jones’s resignation marked the end of his federal service, but his impact would remain far beyond his tenure in office, as he had revolutionized the relationship between business and government, recognizing the the positive role of government and its capacity for beneficial development. 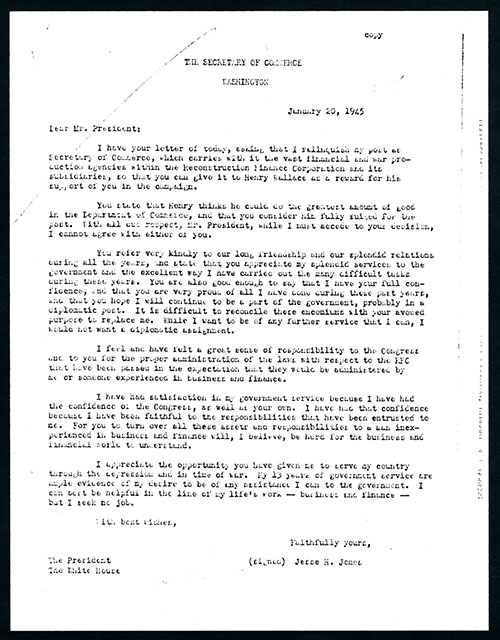 Jones's resignation letter from his position as Secretary of Commerce