The Great Depression and the Reconstruction Finance Corporation 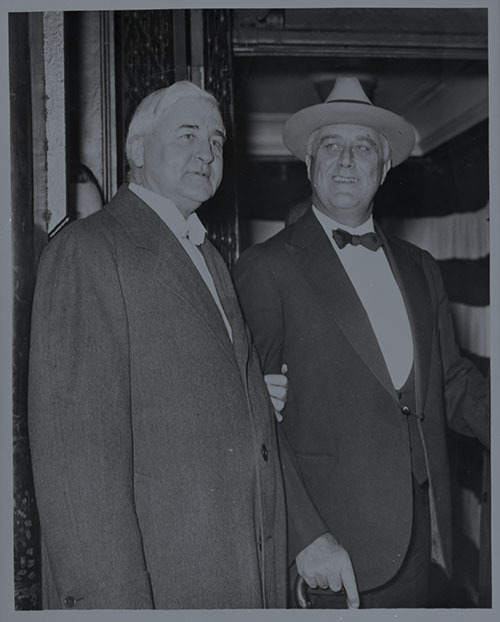 In 1929, the country began its steep slide into the depths of the Great Depression. In 1931, when it became apparent that two failing Houston banks were about to bring down all the others in the area, Jones called the city's leading businessmen to his office to work out a plan that would allow the stable banks and several local companies to rescue the two faltering banks. As a result of Jones's leadership and fiscal dexterity, no banks in Houston failed during the Great Depression. This extraordinary accomplishment caught the attention of President Herbert Hoover, who soon appointed Jones to the Reconstruction Finance Corporation (RFC). The RFC was created to provide relief to the nation's banks and get the economy back on track. 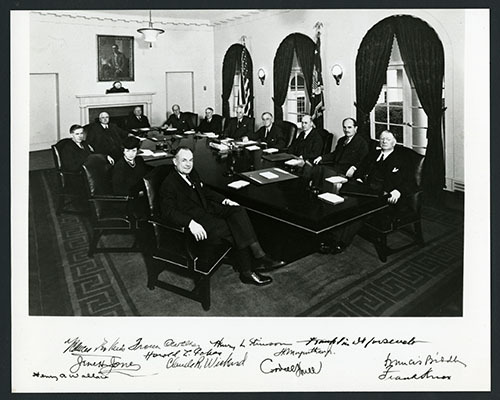 Signed photograph of the members of FDR's cabinet 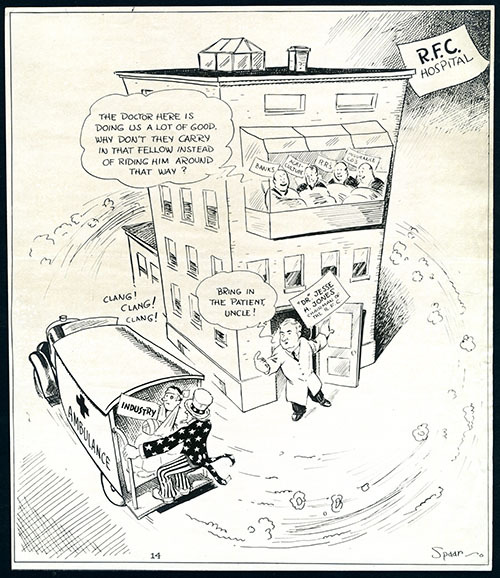 When Franklin D. Roosevelt became president, he expanded the RFC's powers and elevated Jones to chairman. Quickly, the Reconstruction Finance Corporation became a central pillar of Roosevelt's New Deal. As chairman, Jones directed billions of dollars toward needy banks, industries, farmers and citizens. He had almost complete autonomy in deciding where the government's money should go, and viewed these loans as an investment by America to its people. The RFC did not just make grants or loans, it also bought stock in struggling enterprises, giving the government a voice in how those enterprises were run. Jones had $50 billion at his discretion, an extraordinary sum that offered him immense power.