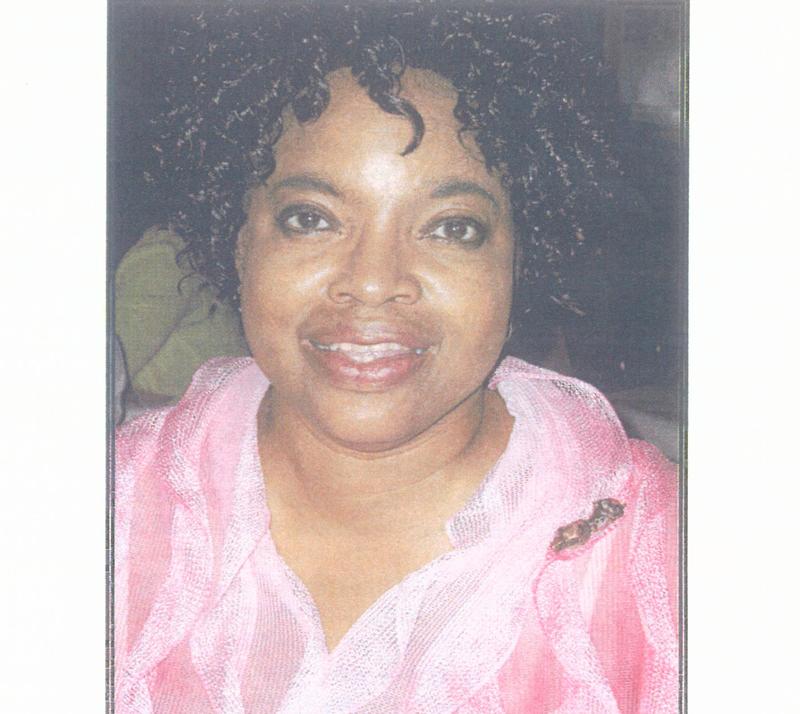 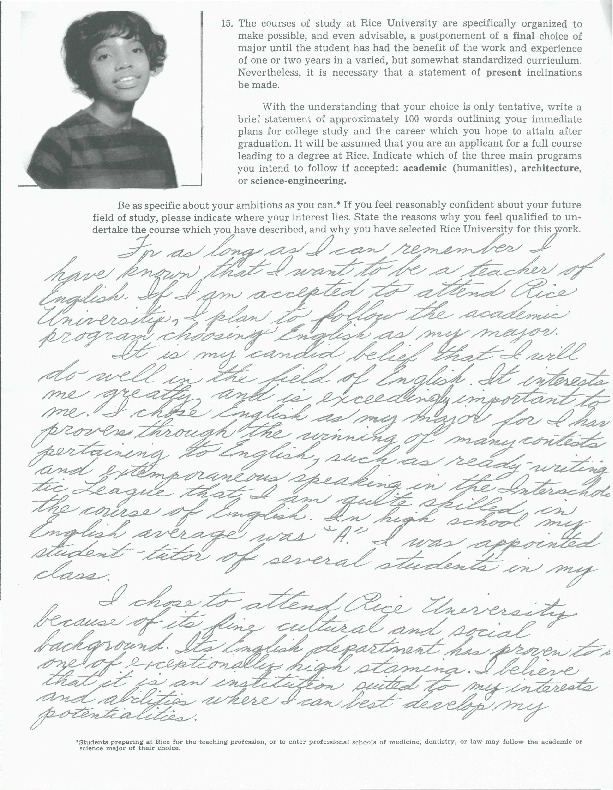 Williams was raised in Lovelady, Texas--a town of all-black residents located over an hour north of Houston. She graduated from Center Grove High School as both valedictorian and National Merit Scholar. Her father, a school principal, wanted her to attend the historically black college Prairie View A&M University. After hearing that Rice had finally desegregated, she bravely decided to apply.

During her time at Rice, Williams encountered a lot of subtle racism. It often got so bad that she would shut herself in her closet and weep.

Williams took a political sociology course with Dr. Chandler Davidson in her junior year at Rice. She researched East Texas politics and turned in a 50-page term paper at the end of the semester. Dr. Davidson loved it so much, he encouraged her to pursue study in political science by applying to both graduate school and the Woodrow Wilson fellowship. She was accepted into both the fellowship program and the University of Chicago where she later went on to receive her master's and doctoral degrees.

After receiving her Ph.D, she taught at several different universities, served in the Congressional Black Caucus Research Group and the Joint Center for Political and Economic Studies. In 2004, she became a full professor in the Department of Government and Politics at the University of Maryland and authored a book called The Constraint of Race: Legacies of White Skin Privilege in America which won several prestigious book awards.

Williams fully engaged in mentoring her students who looked up to her as an “academic mother.” (Her legacy of mentorship started during her time at Rice when younger black female students like Jan West—current Assistant Director of Multicultural Community Relations at Rice—were inspired by Williams’ courage, resilience, and awareness of her responsibility to prepare the way for future black students at Rice.)