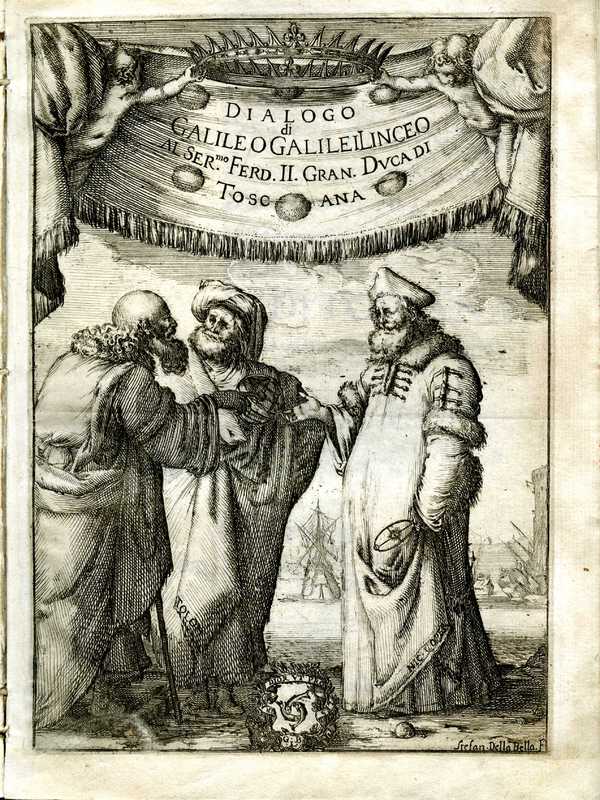 Galileo Galilei’s Dialogo… sopra I Due Massimi del Mondo, Tolemaico e Copernicano, was published in 1632 in Florence, Italy. The first edition of one of the most famous banned books in history, this edition includes the famous frontispiece engraving, signed by the Baroque printmaker Stefano della Bella, which depicts Aristotle, Ptolemy, and Copernicus. This copy contains 458 pages bound in contemporary stiff vellum, with later titling labels applied to the spine.

The printing of Dialogo was completed early in the year of 1632. That summer, Pope Urban VIII halted distribution of the book and handed the matter over to the Inquisition. Following an investigation, trial, and formal threats of torture, Galileo was condemned for heresy for supporting and reinforcing the Copernican system.

Galileo spent the remainder of his life under house arrest. Dialogo remained on the Index of Prohibited Books banned by the Catholic Church until the early 1800s.