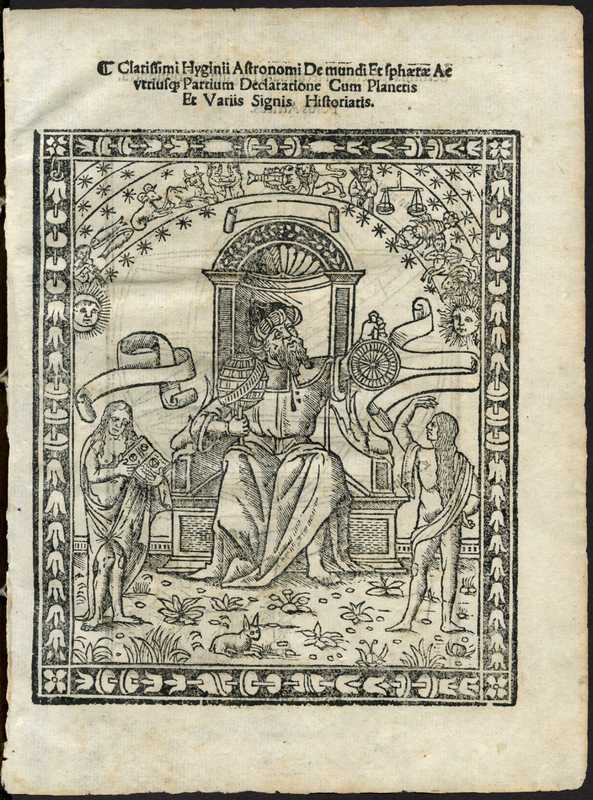 The Poeticon Astronomicon is the first printed representation of the constellations, signs of the zodiac, and the planets. The authorship of the book is attributed to Hyginus, who may have been a Latin didactic poet living sometime before 207 A.D. The order of the constellations follow that of Ptolemy’s Almagest indicating that Hyginus may have written in the second century A.D. 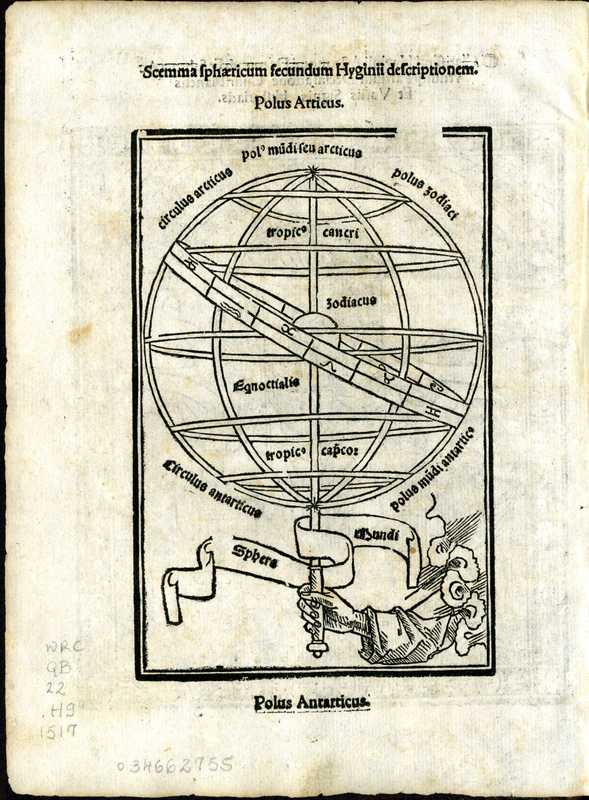 This piece attributed to Hyginus was published in Venice in 1517 by Melchior Sessa and Pietro Ravani. The piece was rebound in the nineteenth century with calfskin ruled in gold. This volume additionally contains 48 woodcuts and a full-page woodcut title page.

← "A revolution in cosmology"
Copernicus →
Hyginus