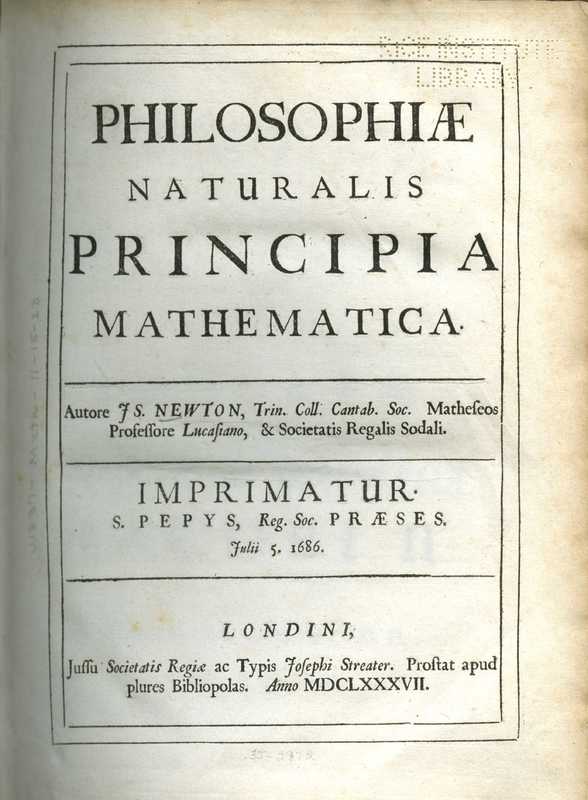 Principia, the most famous piece written by Isaac Newton, is known as one of the greatest work in the history of science. Newton's lectures at Cambridge were the nucleus of the Principia, but it is a remarkable fact that the book itself was written in 17 or 18 months. The cost of printing the first edition was borne by Newton's friend Edmund Halley, as neither Newton, nor the Royal society had the funds. Edmund Halley was an English astronomer and mathematician who first calculated the orbit of a comet which was later named for him. Halley editied Principia, saw it through the press, and added the Latin Ode which addressed Newton, concluding with the words "Nearer the gods, no moral may approach."

The second and third books were apparently printed by different printers as indicated by the different type in the headings and the break in paging between the two books.

This diagram demonstrates the path of the comet observed by Newton in 1680-1681 passing behind the sun. Newton theorized that the unseen force bending the comet around the sun was gravity.