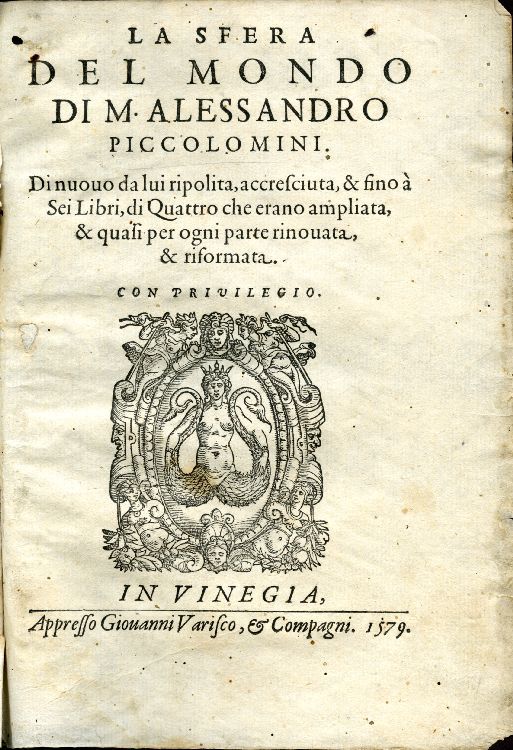 Piccolomini produced the first star atlas for the general reader. This early edition marks an important development in the form in which celestial knowledge was conveyed. The work introduced the system of stellar nomenclature, which, with the modification subsequently made by German astronomer Johann Bayer, remains in use today. Stars are identified by lower case letters for a given constellation, with tables conveniently listing magnitudes from first to fourth. The work proved wildly popular, with twelve editions in Italian and Latin within the 16th century alone. 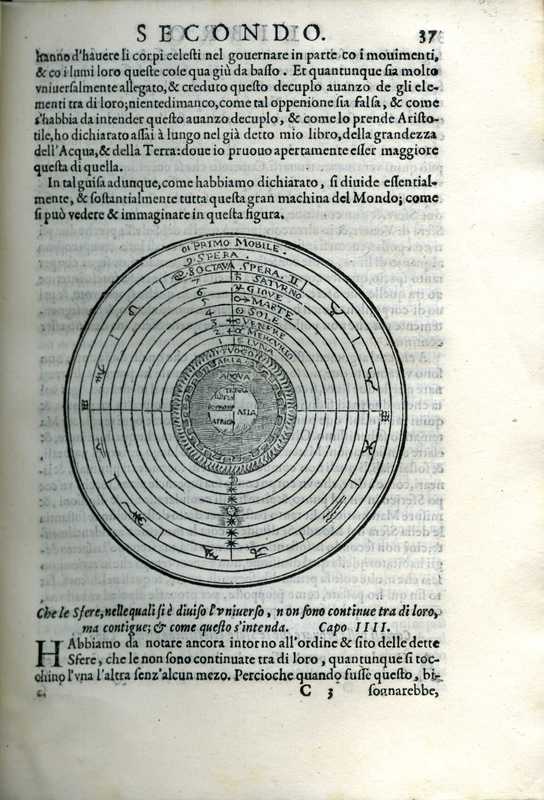 This volume is bound in contemporary flexible vellum with the title stenciled on the spine. The woodcut star charts extend to the outer limits of the printed pages. The first edition was printed in 1540. 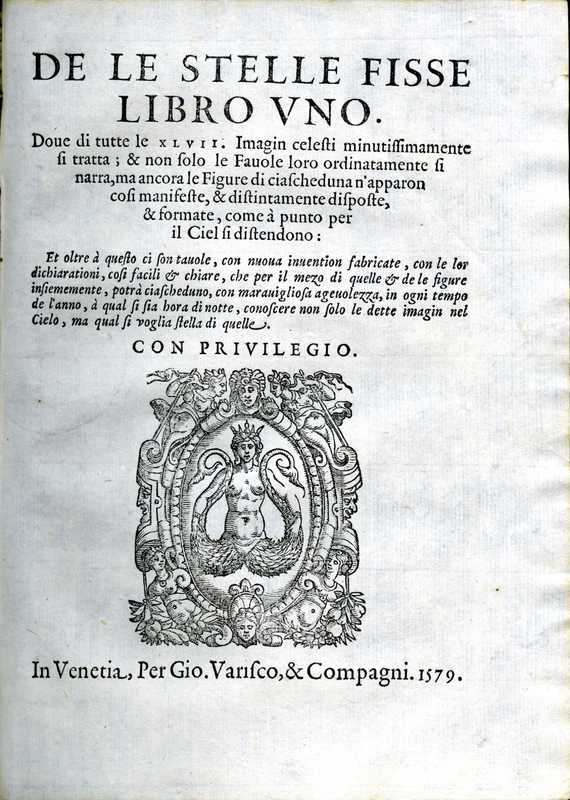 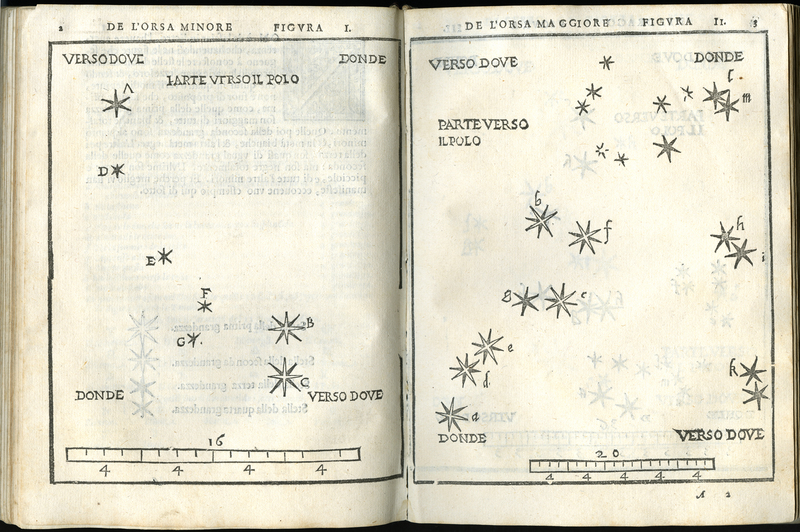