Born in Port-au-Prince, Haiti, and raised in Queens, DesRoches said his love of science and math and his interest in “tinkering with things” led him to pursue a bachelor’s degree in mechanical engineering at Berkeley. He was at Berkeley when the San Francisco area was hit with a magnitude 6.9 earthquake in 1989, and he witnessed firsthand the structural damage in the Bay Area. Dr. DesRoches joined the faculty of Georgia Tech in Atlanta in 1998 after completing his Ph.D. in structural engineering at the University of California, Berkeley. In 2002 he received the Presidential Early Career Award for Scientists and Engineers, the highest honor given to scientists and engineers in the early stages of their careers.

He joined the Rice faculty in 2017, and served as the William and Stephanie Sick Dean of Engineering from 2017 to 2020. As dean, DesRoches led a comprehensive strategic planning process for the School of Engineering, expanded the engineering faculty by nearly 20% and strengthened collaborations with the Texas Medical Center. Under his leadership, the school launched a new minor in data science as well as the Center for Transforming Data to Knowledge, which provides students immersive learning opportunities working with companies and community organizations. DesRoches also established a Master of Computer Science online program and led several international initiatives in China and India to bolster research and recruiting efforts.

DesRoches serves on the National Academies Resilient America Roundtable, the Board on Army Science and Technology, the National Science Foundation’s Engineering Advisory Committee, the Global Earthquake Modeling Scientific Board and the advisory board for the Natural Disasters, Coastal Infrastructure and Emergency Management Research Center. He has chaired the American Society of Civil Engineers’ Seismic Effects Committee as well as the executive committee of the Technical Council on Lifeline Earthquake Engineering.

Dr. DesRoches’ research focuses on the design of resilient infrastructure systems under extreme loads and the application of smart and adaptive materials. A fellow of the American Society of Civil Engineers (ASCE), he has published more than 250 articles in the field of resilience and seismic risk assessment, and served as the technical leader in the U.S. response to the 2010 earthquake in Haiti. 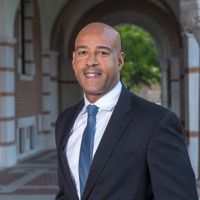