Dr. Frank E. Vandiver, Harris Masterson, Jr., Professor of History, was appointed Rice University Provost in 1970. He served until 1980. The vice-presidential title was added in 1975.

Dr. Vandiver came to Rice University in 1955. He served as Rice University’s acting president between 1969 and 1970, the year he was appointed Provost. He also served as Chairman of the History Department. In 1972 he started a six-year term on the National Council on the Humanities, the policy-making arm of the National Endowment for the Humanities. In January 1973, the Secretary of the Army appointed Dr. Vandiver to a five-year term as chairman of the United States Army Military History Research Collection Advisory Committee, which oversees one of the nation’s most important military history collection efforts. In 1969 Dr. Vandiver also served on the Department of the Army Historical Advisory Committee and in 1971, he was named to the Fort Leavenworth Hall of Fame Selection Committee. He taught Civil War History for two years at Oxford in England. He also served as Visiting Professor of Military History at the United States Military Academy at West Point, 1973-1974.

When Dr. Vandiver left Rice in 1980, he took the presidency of what is now University of North Texas, and then served as president of Texas A&M from 1981-1988. 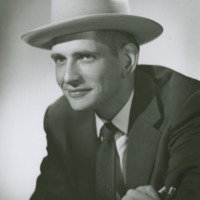