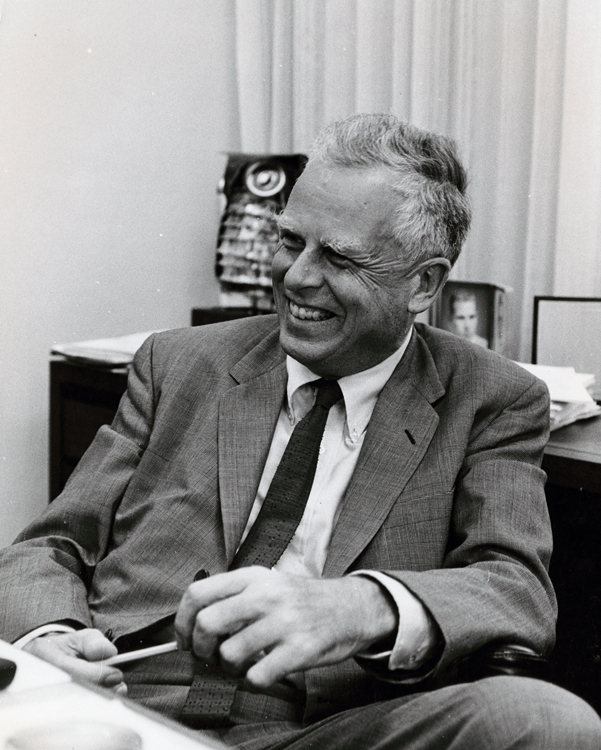 Kenneth Sanborn Pitzer was named Rice's third president in 1961, after serving as dean of the College of Chemistry at the University of California-Berkeley. He became known for his vision which not only maintained Rice's rigorous undergraduate education but also made it a research university of national standing.

Remembered for at Rice: Some of Pitzer's accomplishments include bringing in federal funding for research projects, creating the nation's first space science program, doubling the size of the Fondren Library, opening the university to students of all races, starting the Continuing Studies Program, creating a bio-chemistry department, expanding the social sciences school and more than doubling the number of graduate students and faculty.

Pitzer left Rice in 1968 to become president of Stanford University. He later returned to teaching and research in chemistry at Berkeley, where he retired. He won numerous awards for his contributions to the field of theoretical and physical chemistry, including the Welch Prize in Chemistry, the American Chemical Society's Award in Pure Chemistry and a membership in the National Academy of Sciences. He died in 1998 at age 83. A fellowship in his name, the Kenneth S. Pitzer / Schlumberger Endowed Chair was established in 2003, with Rice chemist Dr. Robert Curl being the first to hold the chair.