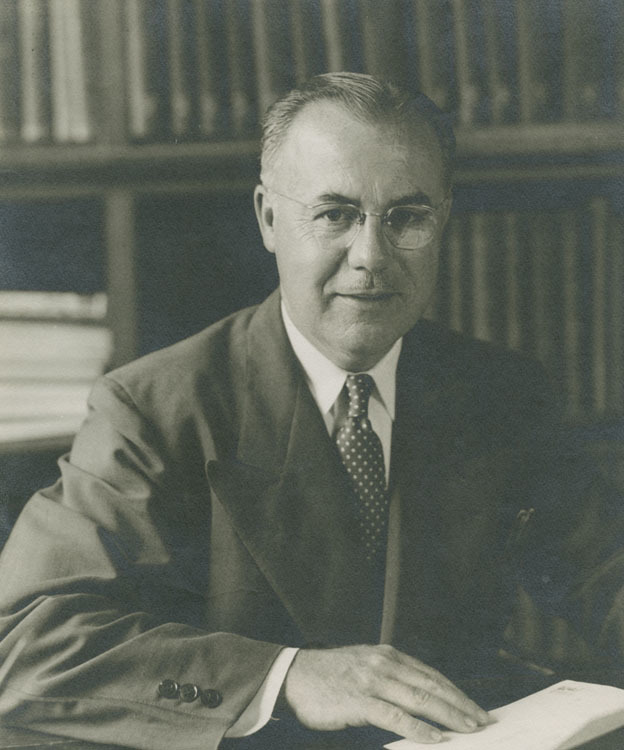 Dr. Carey Croneis was born in 1901 in Bucyrus, Ohio, and received his B.S. degree from Denison University in 1922, followed by an M.S. in Geology from the University of Kansas in 1923, and a Ph.D. from Harvard University in 1928. He was an instructor at Radcliffe and lecturer at Wellesley in 1927-1928; assistant and then full professor at the University of Chicago, 1928-1944; and a member of the National Defense Research Council, 1942-1944. He then served as President of Beloit College from 1944 until he came to Rice.

Dr. Carey Croneis came to Rice (then Institute) in 1954 as Provost, and also as Harry Carothers Wiess Professor of Geology, charged with designing and organizing a Department of Geology at Rice.

He served as Provost under President William V. Houston until 1960 and at that time assumed the additional responsibilities of Acting President following Pres. Houston's resignation due to ill health.

He served in both capacities until the appointment of Kenneth Sanborn Pitzer as President in July 1961. In that year, Dr. Croneis was named Chancellor, and held that position until his retirement in 1970.

Dr. Croneis was named Wiess Professor Emeritus of Geology and Chancellor Emeritus. He died in January 1972.

Online guide to the Croneis papers at the Woodson Research Center.