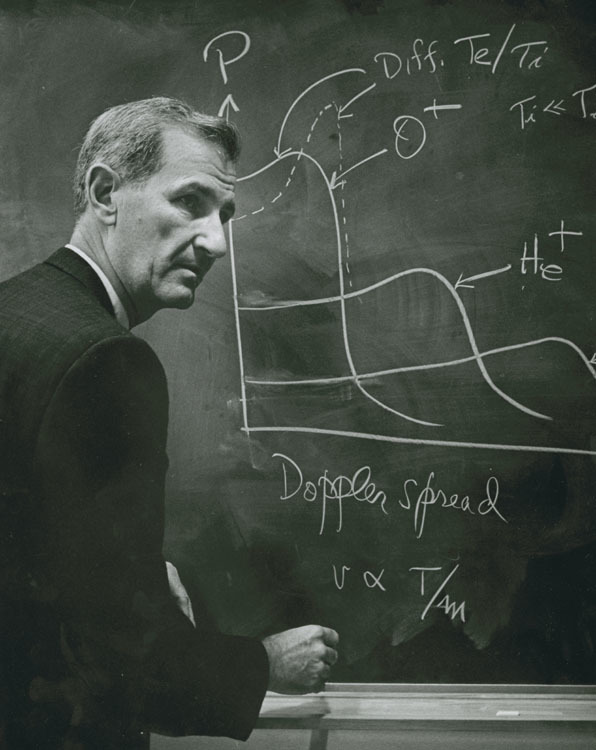 William E. Gordon’s appointment as provost and vice president of Rice University began July 1, 1980. He retired July 1, 1985, although he continued to serve as provost until his replacement reported to work in spring 1986.

Gordon came to Rice from Cornell University in 1966 and taught space physics and astronomy, as well as electrical engineering, during his 19 years on the Rice faculty. Prior to his becoming provost and vice president in 1980, he served as dean of natural sciences (1975-80) and dean of science and engineering (1966-75).

He attained international prominence through his work on the Arecibo Ionospheric Observatory in Puerto Rico, a project he conceived, planned and directed during the first years after its completion, 1960-65. It is the world’s largest radar-radio-telescope, sometimes described as earth’s ear turned to outer space.

Recipient of numerous honors and awards, Dr. Gordon had the rare distinction of being a member of both the National Academy of Sciences and National Academy of Engineering. He was a fellow of the Institute of Electrical and Electronics Engineers and the American Geophysical Union, and past president of the International Union of Radio Science (1981-84).

Online guide to the Provost Gordon records at the Woodson Research Center.