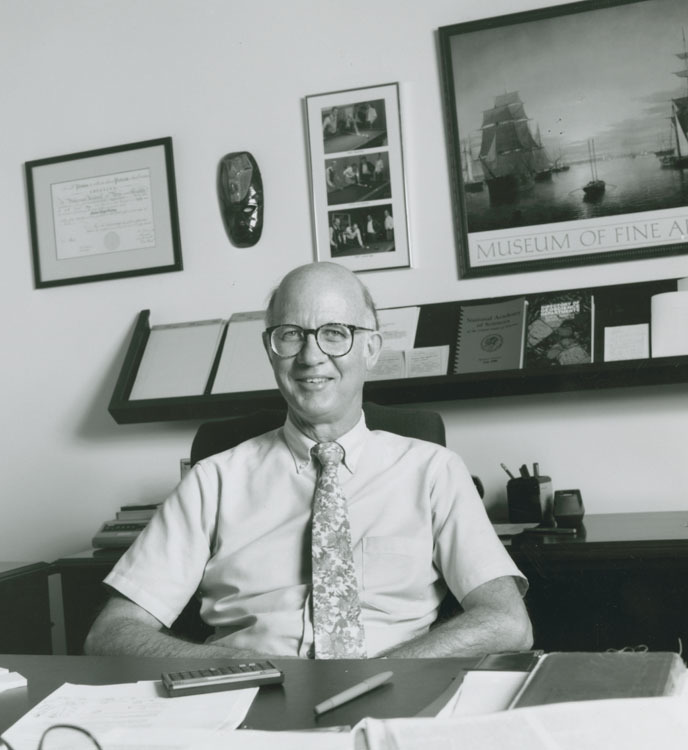 James Kinsey, Dean of Rice University's Wiess School of Natural Sciences, was named interim provost by university president Malcolm Gillis in July 1993. The provost position had been vacated by Neal Lane when he left Rice to become director of the National Science Foundation.

Kinsey came to Rice in 1988 as Dean of Wiess School of Natural Sciences after 25 years at the Massachusetts Institute of Technology as a chemistry professor. He also served as Chairman of MIT's chemistry department for five years during his tenure.

Online guide to the Kinsey and Auston records at the Woodson Research Center.