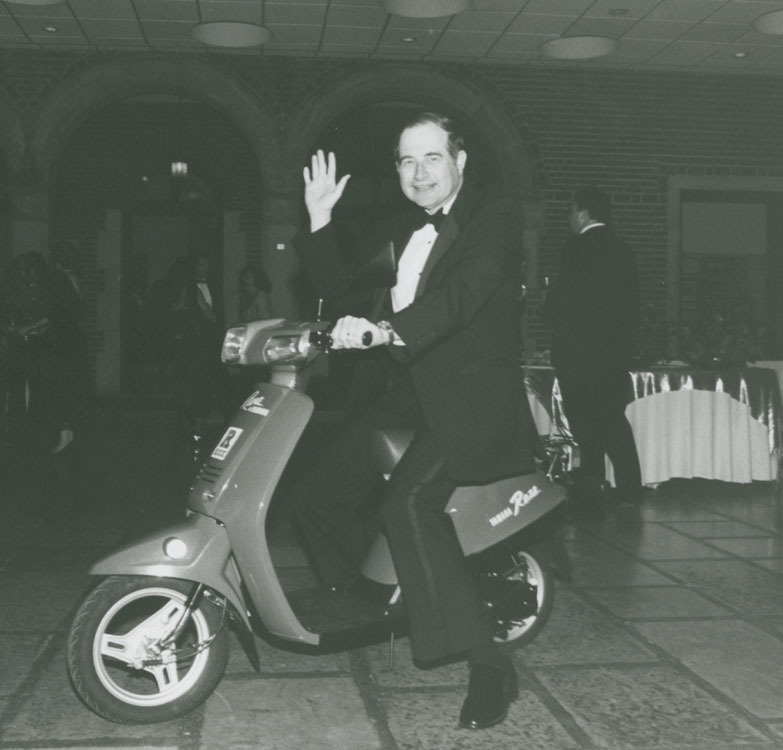 Dr. Neal Lane served as Provost of Rice University from 1986-1993. He joined the Rice Physics Department in 1966 and was made full professor in 1972. He was made chairman of the department in 1977. While chair, Lane spent 1979-80 serving as director of the division of physics at the NSF. He left Rice in 1984 to become Chancellor of the University of Colorado at Colorado Springs. He then returned to Rice to take on the job of Provost.

Dr. Lane, assistant to the president of the United States for science and technology, director of the U.S. Office of Science and Technology Policy, and former director of the national Science Foundation, rejoined the faculty at Rice University in Spring 2001.

Lane, a specialist in atomic physics, earned his undergraduate and graduate degrees, including his Ph.D., from the University of Oklahoma in the early 1960’s.

Online guide to the Provost Neal Lane records at the Woodson Research Center.