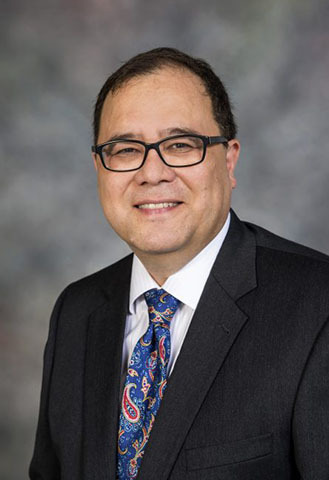 Dean Seiichi Matsuda was named acting provost after Dr. Marie Lynn Miranda announced she was stepping down from the position in 2019. Dean Matsuda graduated with a B.A. in chemistry from Bethel College and a Ph.D. in chemistry from Harvard. Matsuda, who is also the E. Dell Butcher Professor of Chemistry and a professor of BioSciences, has been a member of the Rice faculty since 1995.

Matsuda served as chair of the Department of Chemistry from 2007 to 2013 before becoming dean of graduate and postdoctoral studies in 2014. A recipient of the George R. Brown Award for Superior Teaching,  Matsuda conducts research on terpenoids, the most numerous and structurally diverse group of small molecules synthesized by plants.

Under Matsuda’s leadership as dean, the applicant pools for Rice’s graduate programs have expanded as academic departments have gained greater recognition. New matriculants to Rice graduate programs have brought more than double the number of major national awards, such as Goldwater Scholarships and Fulbright Scholarships. Rice graduate students have won 86% more major fellowships, such as the National Science Foundation Graduate Research Fellowship and the Soros Fellowship for New Americans.

Matsuda has also strengthened Rice’s position as a major academic destination for Latin American scholars by tripling the number of doctoral students from that region. His focus on improving all aspects of graduate education at Rice is a key component of the V2C2 — the university’s Vision for the Second Century, Second Decade initiative.