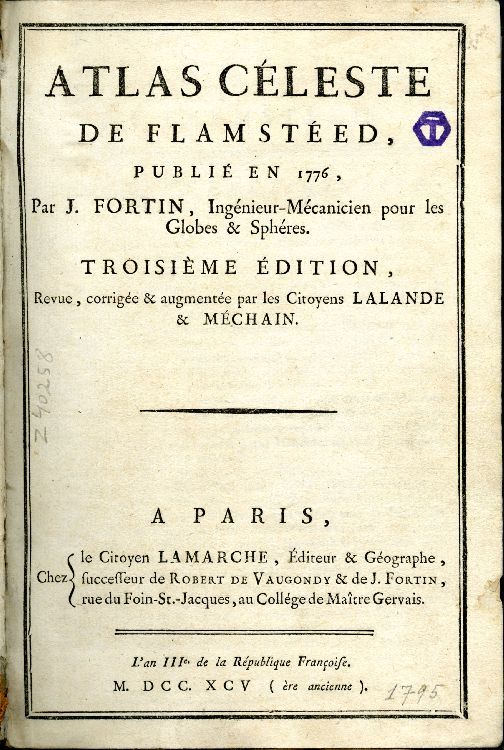 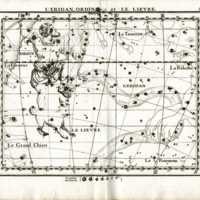 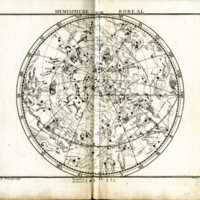 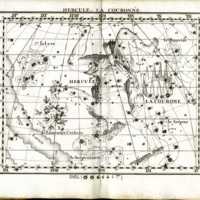 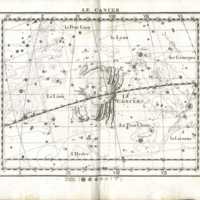 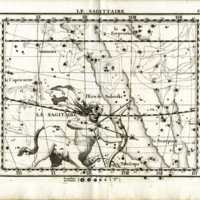 John Flamstéed, who lived from 1646-1719, was the first astronomer royal to King Charles II and the founder of the Royal Greenwich Observatory in England.

This is the third edition of his star atlas Atlas Celeste de Flamsteed, which was first published in 1729 after Flamstéed's death.

Flamstéed's method of determining right ascensions has been called the basis of modern astronomy.