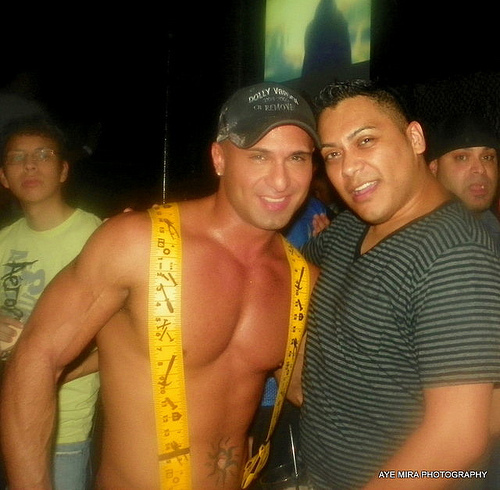 Steve Pena and Adrian of TC's Showbar at Southbeach in Houston, TX.

TC's Premier Showbar is located in Montrose. Opened in the summer of 2009, this venue was formerly known as Cousin’s until it was purchased by Tim Pugh. It has since been remodeled and the crowd that frequents the bar has completely changed and continues to grow. TC’s was voted the #1 Drag Showbar in October 2010 by Out-Smart Magazine. They host nightly drag shows except on Tuesdays, when they are closed. Today, TC's Premiere Showbar is a drag bar, though this wasn't always the case; TC's has only relatively recently been known for its drag shows. There is one feature that sets it apart, however -- unlike some bars, where the performers take the tips as payment for the show, the drag proceeds earned at TC's go to various LGBTQ+ charities.