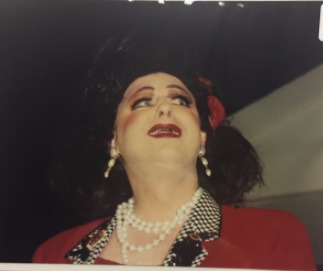 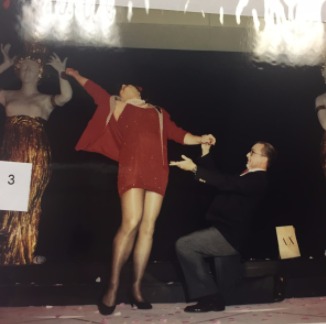 "A Streetcar Named Montrose ... the Musical The Halloween Magic Players, persons of considerable energy, some wit and no scruples whatsoever, have prepared a theatrical benefit for the Bering Community Service Foundation and Body Positive Houston. Previous offerings have included The Sound of Montrose, The Phantom of Montrose and Montrose Boulevard. A good time is always had by all, and the whole thing (the evening includes a reception with the cast, cocktails and silent auction) is for a good cause. Liddy Dole, Hillary Clinton, Elyse Lanier and Blanche DuBois are all spoofed in this musical, and Edward Albee is the honorary chairman for the event. 6:30 p.m. Texas Medical Center Conference Center, 2151 Holcombe, 587-6005. $35" -- Houston Press, 1996, written by Edith Sorenson 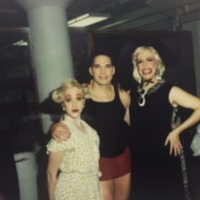 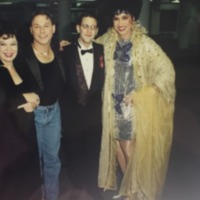 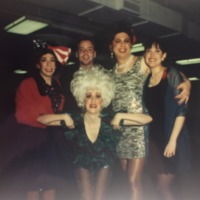 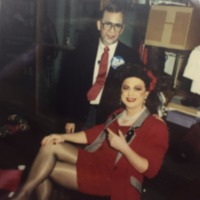 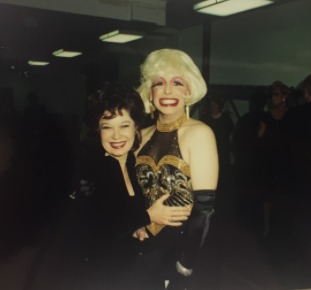 Halloween Magic is a yearly spectacular party that occurs before Halloween. Founded in 1988, The Halloween Magic Players' mission is to raise funds for non-profit organizations that prioritize providing services to individuals who are infected and affected by HIV/AIDS in the Greater Houston Area. They have raised over $1 millon for Houston HIV/AIDS service organizations throughout their years of service.

These parties involve the players putting on a spin off of a play, show or even local politician in a play format. As such, Halloween Magic involves drag to the degree that there are female characters needed for the roles that can be impersonated.

The prominent Houston-area event photographer, Dalton Dehart, photographed many of the Halloween Magic parties over the years. Shown are pictures by DeHart from the 1996 Halloween Magic Show, A Streetcar Named Montrose, and pictures (not taken by DeHart) of the 1997 party, How to Succeed in Montrose Without Really Trying.

Halloween Magic Show was revived in 2016 with the election as its theme.

To see more photos from Dalton Dehart's collection of Halloween Magic Show photos, click the link to be redirected to the Dalton Dehart photo exhibit: 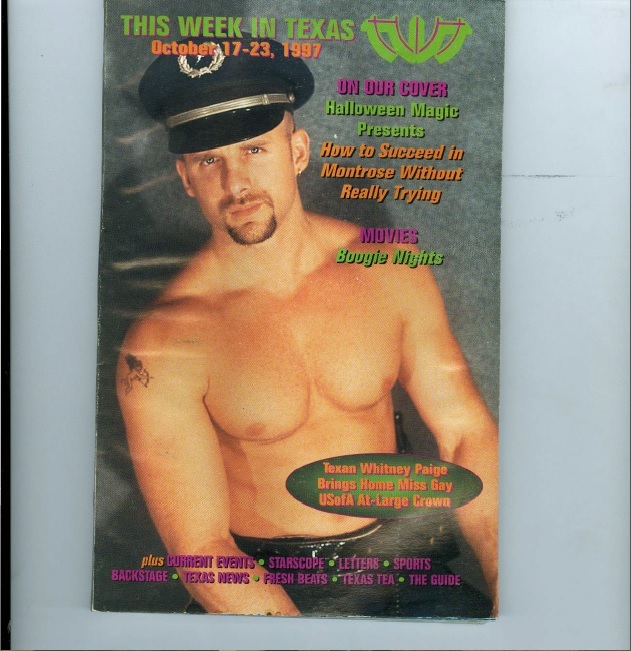 "Halloween Magic raises money for AIDS charities by having riotous good fun. Over the years it's offered such plays as Montrose Boulevard, The Phantom of Montrose and A Streetcar Named Montrose -- all outrageous spoofs of serious shows. This year Halloween Magic is back with How to Succeed in Montrose Without Really Trying; its oddball plot draws from Mary Tyler Moore, The Beverly Hillbillies and 101 Dalmatians. Find out if Mary and her friends can save station WGAY from certain doom and, at the same time, avert the plans of the cruel Ramona Desdemona Villanova DeVil. Saturday evening begins with a cocktail buffet and a silent auction; Sunday's event begins with a brunch. 6:30 p.m. Oct. 18, 12:30 p.m. Oct. 19, Texas Medical Conference Center, 2151 Holcombe, 226-2342. $75, Oct. 18; $40, Oct. 19." -- Houston Press, 1997, written by Lee Williams 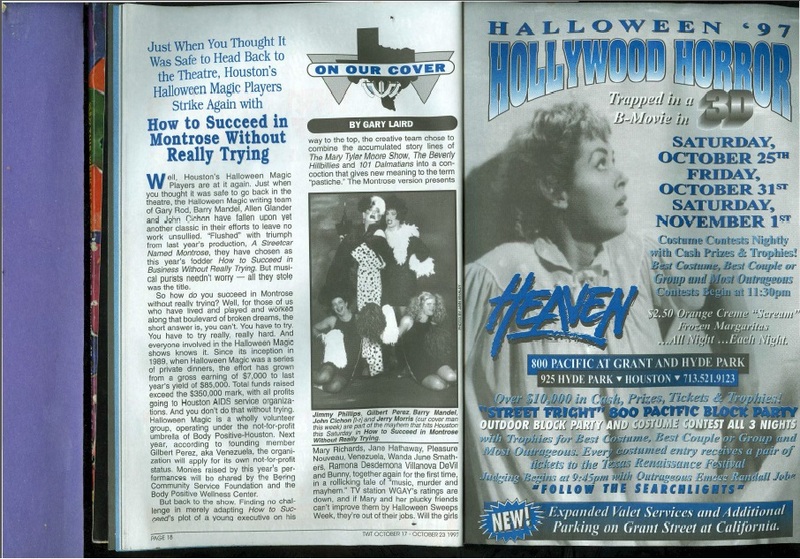