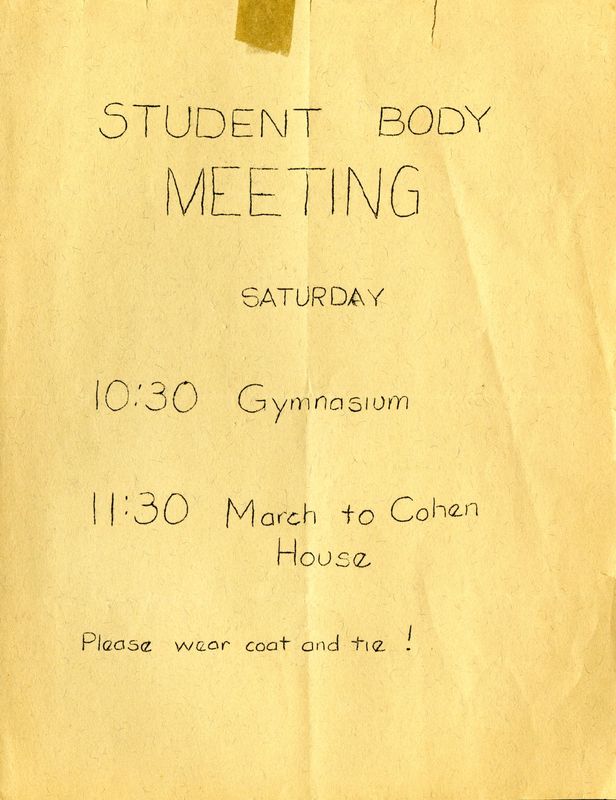 At 10:30 A.M., over 1000 students gathered in the campus gymnasium for a teach-in to protest the Masterson appointment. At the meeting, student leaders and members of the faculty voiced their opinions on the issue. Most of the speakers opposed the Trustees' procedure in selecting Masterson, and wanted Masterson to resign, though a few spoke in support of the decision.

During the teach-in at the gymnasium, the student body voted on the resolution that the faculty had passed the day before, which protested the method used to hire Masterson and asked the Board of Trustees to reconsider the appointment. 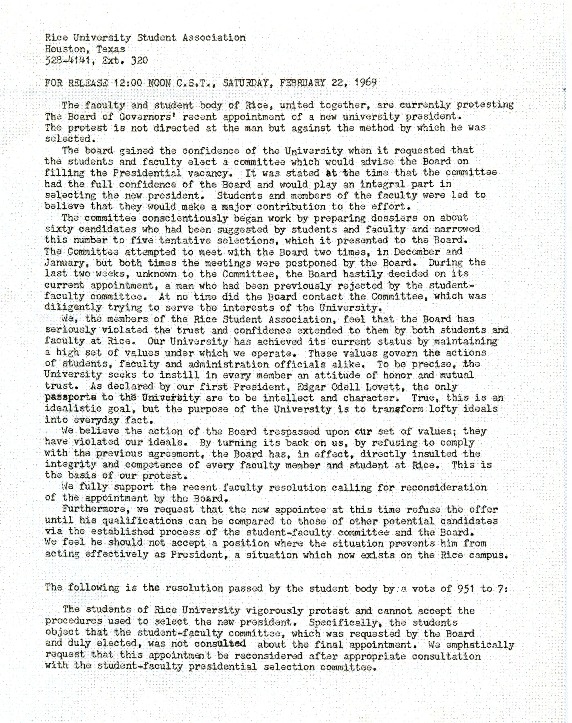 A press release from the Student Association expressing their support of the faculty, and with a copy of the resolution students passed